Columbus Day in the Berkshires 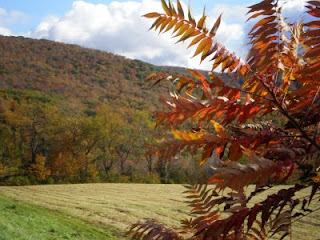 When we visited Chris and Adrian on Long Island and in the Berkshire this summer they told us all about the Hancock Fire Department’s big snow equipment sale during the Columbus Day weekend in October. We decided that skis, outerwear, snowshoes and other snow season must-haves at ½ price or better were too good to pass up. So when we were deciding which weekend I should return for another visit it was easy to decide – October 8th-13th it was.

I arrived at Boston Logan on Thursday afternoon. Daniel picked me up, on the way to a job interview in downtown Boston. Things are coming together for him a little. He has a job at Banana Republic where he’ll pick up some hours and get some inexpensive clothes. The afternoon interview was at a temp agency. It sounds promising and hopefully will lead to something that will generate enough money for him to get his own apartment and start taking the classes he needs.

I was impressed at how easily he made his way around Boston. I am not at all ready to drive in downtown! The streets are really, really confusing and the drivers are aggressive. We parked in a parking garage near where his interview was going to be and decided to walk around a little since it was still early. We managed to get lost, just walking around the block, or so we thought. I don’t think there is a simple right angle anywhere in this town!

On Friday Daniel and I went to the Rockingham Mall, right over the border in New Hampshire. I thought it would be bigger, since it’s something of a Mecca for people searching for sales tax free bargains. I went there to see if they had some J Crew coats in the store that I could try on (and they did). Daniel went to get a haircut. I did finally buy a J Crew wool coat. White, lined, mid-thigh length. It takes care of one of my coat needs – a nice coat to wear into the city when it’s cold but not frigid. Now I still need a nylon shell to wear over a fleece for hiking and other country pursuits. And I need a nice, long puffy down coat for city life when it’s really cold. Oh and maybe a sweater dress and some leggings…!

Friday evening around 4:30PM we piled in the car and started heading for the Berkshires. It was supposed to be around a 2 ½ to 3 hour drive, but it took us closer to 3 ½ hours. It was pouring down rain and the traffic was TERRIBLE. I think most of Boston was headed in the same direction. I was never so glad to finally arrive somewhere in my life. And I didn’t even drive…

It was great to see Chris and Adrian again. We were all starving to we immediately headed over to Jiminy Peak and the Powder Horn for dinner. We were so busy talking and having a good time that they had to kick us out so they could go home. 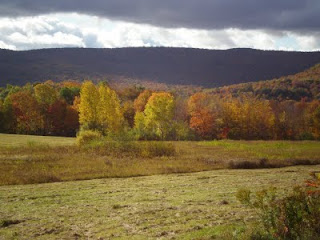 Saturday night Lee cooked dinner for the Alleys and us. He made a traditional Nill family dinner: Chicken a La Becca, Phil’s Green beans, bread and salad. We of course had to explain the story of how the chicken dish got its name. It’s a chicken baked with garlic, rosemary and canned tomatoes. A long time ago when Sarah and her friend Becca were maybe 7 or 8 years old, Becca and her sister Stephanie spent the weekend at our house. One night Lee cooked this dish and Becca really liked it. When she went home she asked her parents “why can’t YOU cook like Sarah’s dad?”! She got a dish named after her as a result!

The green beans (roasted with olive oil and balsamic vinegar) are a recipe from her father, Phil, so that’s two dishes named after the same family! 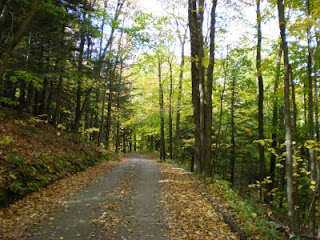 Sunday morning we went on a short hike, part of the way up Greylock Mountain, the highest point in Massachusetts. The leaves were just spectacular! New Englanders are justifiably proud of their fall foliage. We were impressed. The only thing was, after the hike we decided to take the road up to the top of the mountain for a cup of coffee. Apparently all those people we saw on the road from Boston on Friday evening had decided to do the same thing. We decided the coffee back at the Alley’s was perfectly acceptable instead.

Sunday afternoon it was time to head back to Boston. As we were leaving Chris and Adrian handed us a huge bag of apples from their apple trees. Hmm, apple pies and apple sauce!

Daniel was going to Cambridge to join up with some friends that were going to a concert Sunday night, so Lee and I decided we needed to go out to dinner in Boston. We tried a sushi place that was pretty good, but nothing incredible. We know there must be some really great restaurants in Boston; we just need to find them.

Today Lee and I drove around Salem, looking at a few of the nearby trails where we can run and ski. We found a really nice trail not far from the house that is part of the New Hampshire rails-to-trails system. I’m excited about that; it’s like the one in Columbia and will be great for long runs and cross-country skiing. Now I just need to find a place where we can rent skis for when visitors come.

OH! One more thing; our house in Austin sold today! Finally; we dropped the price once we had our appraisals from 3M and that’s all it took. That’s one worry put to rest. So, it’s back to Texas for one more week and then the movers come. I am SO READY! 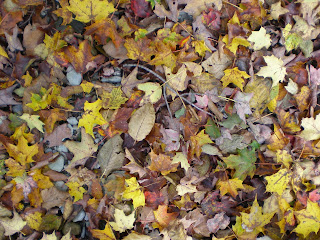