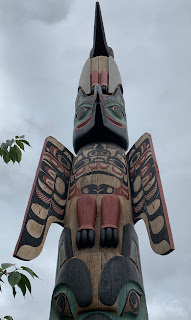 Because of the detour we are not getting into Ketchikan until 9 AM Friday morning. Steph calls the fishing boat captain and we could still go but it is only salmon now, no halibut, so Lee isn’t interested and we bail. It doesn’t matter that much to me. I’ll be perfectly happy walking around and taking pictures.

We get off the boat, grab a walking tour map and head out. Ketchikan is another little southeast  Alaskan town that lives on tourism. Its famous for its totem poles. The Totem poles that we see around town are mainly replicas because traditionally they are erected to honor someone and then left to deteriorate. When the white people came they started to take them either to collect or preserve them. There’s also a museum in town with old ones that have been preserved. 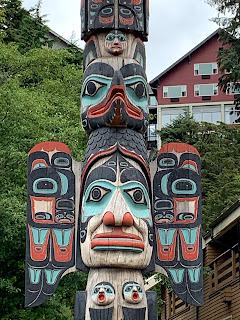 The salmon are in the Ketchikan Creek, swimming mightily upstream. They are thick; you could practically walk across the river on their backs. We even saw them using a fish ladder. Fascinating. 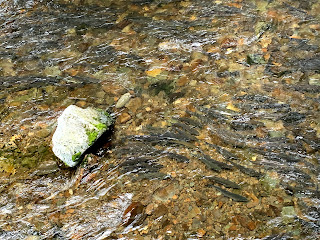 Lunch is fish sandwiches at The Alaska Fish House and then it’s time to go back to the ship. Before too long we say goodbye to Ketchikan and start on the long trip to Victoria. We don’t get into Victoria until 8 pm tomorrow night so we don’t plan to get off the boat.

At the last minute I decide to do a wine and macaron tasting wth the girls. It’s fun. They actually give us a wine tasting lesson and then put the wine in a black glass and make us try to guess what it is. I’m completely terrible at it and get them wrong 90% of the time. I don’t normally like Chardonnay but there’s an old world one that’s great, very crisp and apple-y, not buttery at all. And the macaroons are incredible and change the taste of the wine.

Dinner is at Ocean Blue, the seafood restaurant on the boat. We have a date with Amy D, Bill, Rich and Paula. It’s by far the best meal we’ve had on the boat and a LOT of food. I get hamachi cerviche, grouper, roasted Brussel sprouts, mushroom risotto, and sorbet for dessert, plus 2 glasses of an excellent wine.

We are still at sea Saturday morning. We have lost an hour so it’s later, but I must run, so off I go. 10 miles on a treadmill, ugh, but I get it done. 8 of the miles are supposed to be at marathon pace, but I can’t quite do it. I just don’t know yet if my goal is reasonable. I should be able to tell by sometime in September, if I’ll need to dial it back. I hope not but we’ll see. (PS, I hung in there and it was a reasonable goal after all!)

After my run I’m drenched in sweat and starving. A quick shower and then I go eat all the food I can see at the buffet. First some noodle soup but it’s pretty boring and bland. Then some roast pig and potatoes and watermelon. That helps but I’m still hungry. Finally a corned beef panini and some Mac and cheese and that finally does the trick.

Then we go sit out on the pool deck with some of the gang. It’s cloudy and breezy but it’s fun to hang out and chat, at least until I get cold and we enter a fog bank and the atmosphere starts to condense on us. Then Lee and at go hunt for drinks and go back to the room to chill.

I somehow stopped taking notes at this point. There was the stop in a Victoria, vaguely remembered, and the trip back to Seattle that night. We say goodbye to Diane, Dennis, Carol, Joe, Stephanie and Ryan the night before because they have early flights. Getting off the boat is tedious but again not bad, just long, slow moving lines to pick up our luggage and get through customs. We put our bags in AmyC and Chris’s room so we can walk around Seattle, since our flight isn’t until 5 that evening.

First we take everyone to Din Tai Fung! Only Rich has ever had dim sum before. At first they are all being brave but they end up  loving it!! I’m so happy to introduce them to one of my favorite foods. They even try chopsticks! 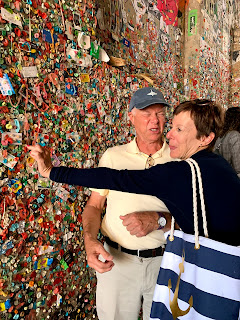 Then we go walk around Pike Place Market, take pictures at the gum wall, look for souvenirs. Toys and a T-shirt for Leo, T-shirt’s for Lee. I have my ship charm bracelet so I’m good.

That’s it pretty much. Would we do it again, go on a cruise? Lee says no to a big boat, but he’d go on a European river cruise. I liked it, I would do it again. Maybe a girl thing someday?  Why not! 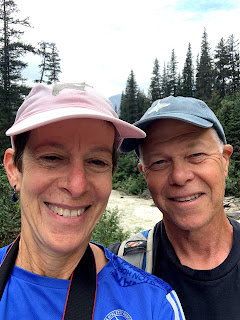 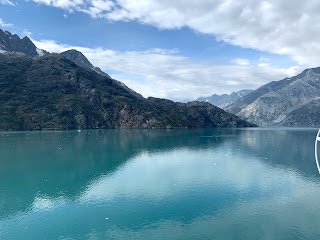 Thursday morning we wake groggily to spectacular views. There is a glacier right outside our window! We go to breakfast in the Garden Cafe and watch the glacier, mountain goats, ice floes. I walk around the boat taking pictures. What a morning. Pictures hardly do it justice. I haven't used my camera very much since we moved to Minnesota but this makes me wish I had a better long lens. 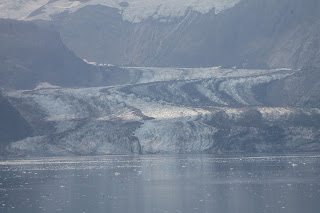 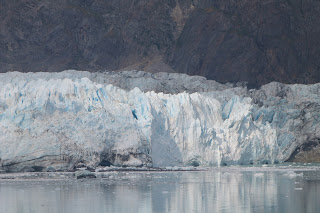 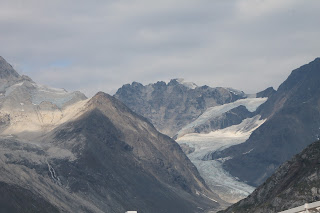 Later in the day I go to the thermal spa again. Afterwards I go get my charm of the day, which is a heart. I'm not very interested in buying much in the way of souvenirs this trip, but they got me with the charm bracelet. You buy the bracelet and get 5 free charms with it. Then if you buy a charm every day of the cruise you get another free charm at the end. The charms are cute, and a lot of them have a nautical theme. There is a flower, a ship, a wheel, a heart, a paw.... 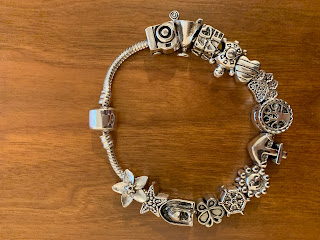 In the afternoon we hang out by the pool with our friends for awhile. It’s a beautiful sunny day, warm in the sun. I never do actually get in the water outside. The water is heated but the air is just too chilly. I never manage to get into one of the many hot tubs on the boat either. After all, I have the spa! 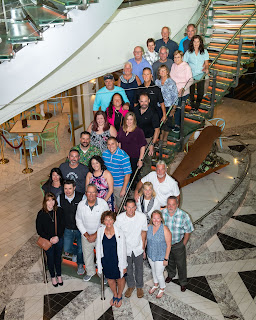 Then some of us decide to go to the Manhattan Room together. We stop for a pre dinner drink in the casino and watch some friends play a strange machine that pushes tokens to a ledge. If they fall off they can grab them and play them again. There are bundles of paper money too, but somehow they never fall through the chute. It’s mesmerizing to watch though.

At some point we hear an announcement. Someone on the boat has fallen ill and we have to make an emergency detour to get them medivaced out. We are going to get into Ketchikan 2 hours later than planned so that’s going to impact our fishing trip.

After dinner I watch Stephanie play blackjack for a little while. She's pretty good! It’s fun to watch but soon it’s time for bed.