It’s only -3F this morning. Harper got up, ate her breakfast and went back to sleep; she’s in no hurry to take a walk. Me neither. I’ve been walking and running in all kinds of weather so far this winter, but today I’m heading to the treadmill. Harper is good, and speedy. She’ll let me know when she needs to go out. 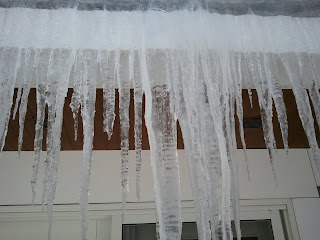 In front of the kitchen door we’ve got some huge icicles. As the icicles melt they form a puddle in front of the door, and then the puddle freezes, causing a small skating rink. Harper thinks it’s great fun to go skidding across the deck; me, not so much! 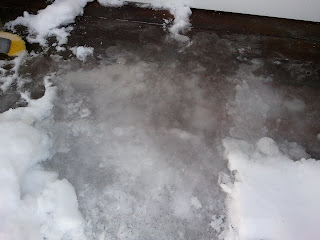 The icicles are beautiful, and last year I took admiring pictures of them. This year they’re still beautiful, but they are worrisome. We know now that the icicles are a sign that we are developing ice dams on our roof. Ice dams can be a serious problem. As the snow builds up on your roof, the bottom layer of snow starts to melt. It drips down the roof, but unless it stays warm for more than a day or two, it refreezes, forming icicles. The snow behind the icicles also melts and refreezes, slowly backing up. If this goes on for very long the ice can get under the shingles, damaging the roof and potentially causing water to leak into the attic. 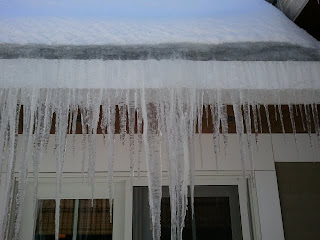 We’ve done enough research to recognize that the problem lies in our attic insulation. The attic should be cool, and to keep it cool there needs to be good insulation on the attic floor, so that the heat from the house doesn’t leak into the attic. We’re pretty sure we need more insulation, but we don’t know exactly how much. So, we’re going to get an energy audit.
Energy audits cost around $400, but they can save you lots of money in the end. Our heating bills this winter have been outrageous, and we keep the house fairly cool. We run the gas fireplace for a little while in the morning, and sometimes in the evening as well, but we close off the rooms we’re not using, and keep the bedrooms chilly during the day. I get cold sometimes, but drink lots of hot tea and that usually helps! 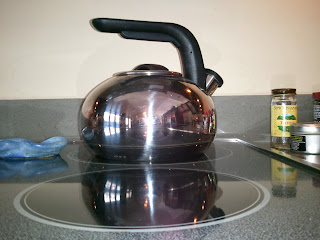 While we’re on the subject of keeping warm, I’ve discovered a product that is just amazing. For years and years I’ve used silk long underwear in really cold weather. I’ve always thought it was the best thing to wear; light, warm and it wicks moisture away from your skin. But a couple of weeks ago, Lee told me they were having a sale on a special type of wool sock at the mall, called Smartwool. I had never heard of it before, but I was in dire need of more warm socks, so off I went to investigate. I ended up buying a giftpack of three Smartwool socks on sale, and I also bought some Smartwool running tights. 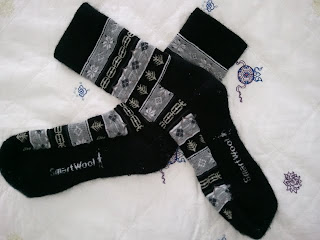 I usually try to avoid wearing wool next to my skin. It itches terribly and makes me feel cranky and uncomfortable. But this stuff is incredible. It doesn’t itch at all; it’s warm; its lightweight; it REALLY wicks moisture, to the point where even if I run and get sweaty, it still stays dry. I actually went back to the mall yesterday and bought a Smartwool top as well.
So Harper and I will be staying warm today. We have our fire, we have tea, and we have the NFL football playoffs. It’s that kind of day. 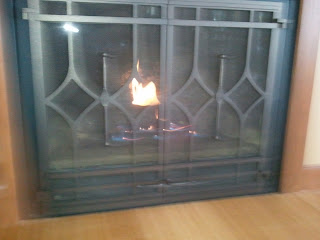 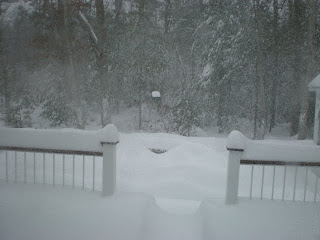 I'm feeling quite blase about the massive snowstorm we had on Wednesday. They are just so GOOD about clearing the roads and getting everyone moving again. And for the most part people are smart. They stay home until the storm is over and the roads are cleared, and then (again for the most part) they drive cautiously.

This storm was a true nor'easter I guess. We woke up Wednesday morning to about 7 inches and it just kept on snowing all day long and didn't really stop until that evening. Lee had the snow-blower out several time and our plow guy took care of the driveway in the afternoon, coming back one more time sometime Wednesday evening. 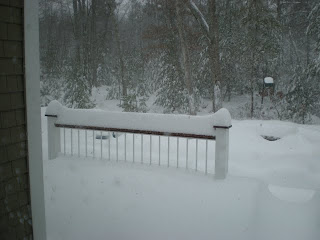 I took a few pictures on Wednesday, but the visibility wasn't that good. But today I took a few more so you can see just how deep it is. I had to use my snow shoes to fill the bird-feeder! 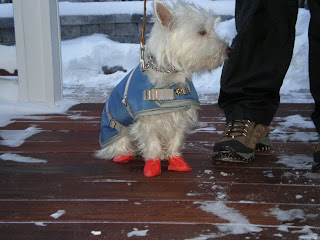 Harper has a very nice winter coat, and booties too! The coat is comfortable and she doesn't seem to mind it. She doesn't enjoy putting on the booties (they are like little balloons that go over her feet) but they keep the ice and salt off her paws and she enjoys her walks a lot more with them on. 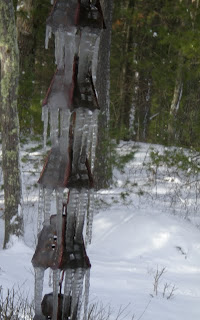 I got a rain chain for Christmas, but we had to take it down after the first snowstorm at the beginning of January. It collects ice and Lee was afraid it would tear the gutter. It looked very pretty though. I guess it will work better once winter is over. 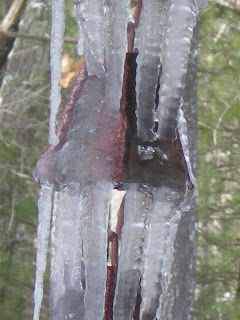 The official snow depth in the Nill back yard is 16 inches. We are at lawn chair seat depth and the rock wall has disappeared. In the picture below with the arbor you can see the path Lee made so Harper can go potty. This storm is WAY over her head, but as a true Westie, she still goes plunging right into it at times. I think (in small doses anyway) she loves snow almost as much as I do... 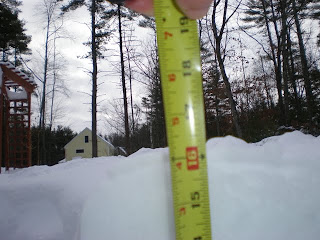 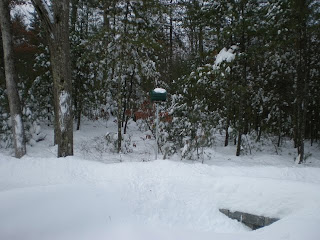 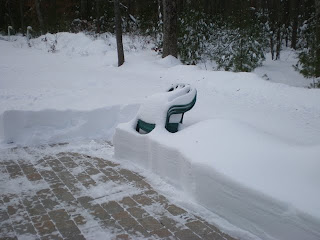 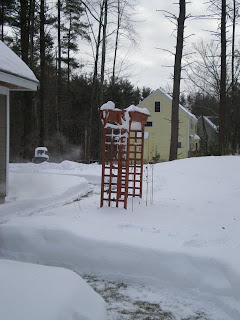 I am not coordinated. I’m not saying this to invoke sympathy or encourage people to say “oh, yes you are”. My family certainly won’t argue with me about this. I jokingly say that any activity involving sticks and balls is not for me, but it is more than that.
Some of my earliest school memories involve the humiliation of gym class. I remember an exasperated teacher trying to show me how to catch a ball, cringing as the ball came toward me, staring in puzzlement as it bounced off my hands. There were the typical indignities of being picked last for a team, being told I couldn’t play because I “would make the sides uneven”. I learned to avoid organized physical activity at all costs.
But I wasn’t an inactive child. I loved riding my bike. It was often a horse, and was used in many complicated games of let’s pretend. I made up intricate games involving balls and the side of our apartment house. I liked rubber-band rope, and hop-scotch, as long as I played with other little girls that were not very coordinated themselves, or overly critical of my lack of physical prowess.
As I got older I tried different sports occasionally. Tennis proved to be another example of the “no balls and sticks” rule. Powderpuff football was fun, involving random running around in the cold air. In college I discovered I liked racquetball, because even though I missed the ball more often than not, at least it came back to me, so I didn’t have to spend all my time running after it.
I’ve been a runner off and on since my twenties. Its still one of my favorite activities, since I can actually do it well, and even correctly. Running isn’t complicated. And I even rode REAL horses for a number of years when we still lived in Missouri. This is an activity that involves a LOT of coordination, and a fair amount of physical courage, but I had a kind, if demanding teacher and I loved the patient horses. I didn’t let my klutziness turn me into a couch potato.