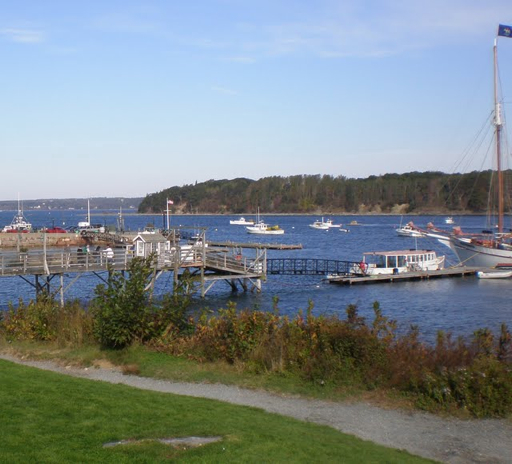 This was our week in Maine, so after Cushings Island Lee and I drove back to get Harper and then headed to Bar Harbor for the rest of the week. I really like Maine, and I loved Bar Harbor. I'm not sure why I find Maine so appealing. It's very pretty, but not grand. The people are friendly, the food is good (an essential ingredient for any Nill vacation). I just like it. It's cool that it's so close, too. Portland is only and hour and a half, and Bar Harbor is only five hours, no worse than Montreal.

I now understand what "down east" means. Most of the east coast of Maine (of which there is a whole bunch) is actually SOUTH of the rest of Maine, hence it's east, but it's also DOWN. Makes sense to me!

Bar Harbor is actually the most popular of a bunch of little towns on Mount Desert Island, where Acadia National Park is located. Bar Harbor is the stopping place for all the cruise ships in search of fall foliage. Since last week SHOULD have been the peak for fall colors there were lots of cruise ships coming in and out of the town while we were there. But Bar Harbor accommodates them just fine, so we never felt overrun by cruisers. 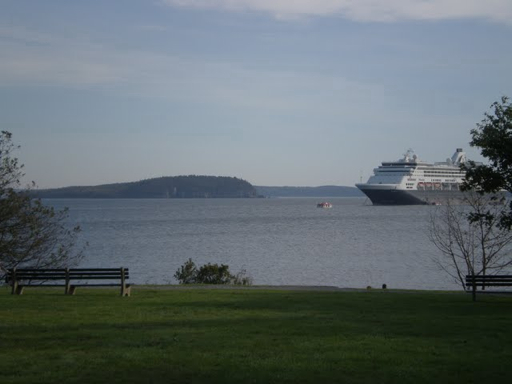 The weather continued it's strange behavior. The leaves were still very late. One night it dropped into the 20's, so I was glad to have my new puffy down jacket. The next couple of days it rose into the 70's during the day. It was very confusing, wearing gloves and a hat the day we went biking, and being able to go out on the water comfortably the next.

We stayed at a dog-friendly b&b called the Balance Rock Inn. It was really nice. Comfortable rooms and right on the ocean. There were a bunch of other people staying there with their dogs while we were there. Harper was very excited by all the other animals. She definitely didn't want to heel on our walks, since every time we turned around there was another dog to greet and sniff. It was very distracting. Each afternoon, we would head with Harper to the veranda of the Inn and enjoy a cocktail while watching the sun fade against the harbor. Other happy dog owners would also be out there, enjoying the company of their pets. We struck up conversations with some of them and our dogs all got along. It was very enjoyable. 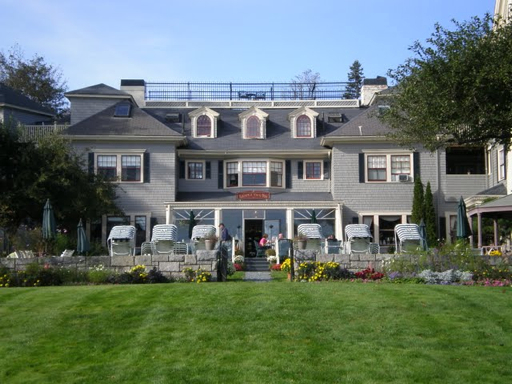 Because Lee's foot was still healing from his run in with a coffee table in a Sri Lankan hotel room, we stuck to activities that wouldn't aggravate it too much. One day we went biking in Acadia National Park. Acadia has these beautiful bike trails that are closed to cars. We got another toddler carrier like we used on Martha's Vineyard for Harper. She still wasn't very happy about it though, so we actually let her out, and because there weren't any cars, we allowed her to run beside the bikes a bit. She loved doing that and would have happily run like that all day, but after around 4 miles we decided that was enough and put her back in the carrier. 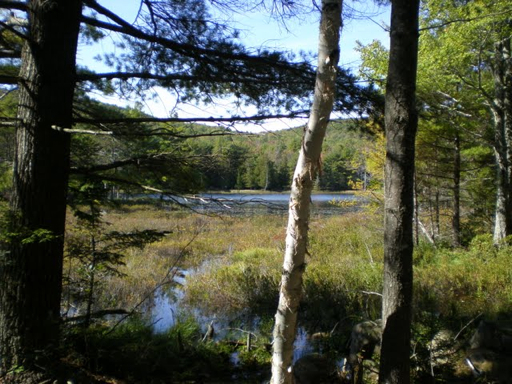 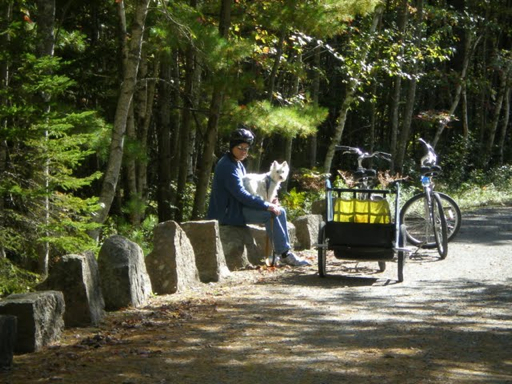 The next day we went kayaking in the harbor. This was true sea kayaking, with 1-2 foot swells, which made it fairly adventuresome. We had to wear these waterproof sleeves that hung on suspenders from our shoulders, fitted tightly around our waists, and attached to the opening in the kayak where we sat to keep the sea water out. It worked very well until we got out of the kayaks at the end, and then miss klutz managed to get soaked. 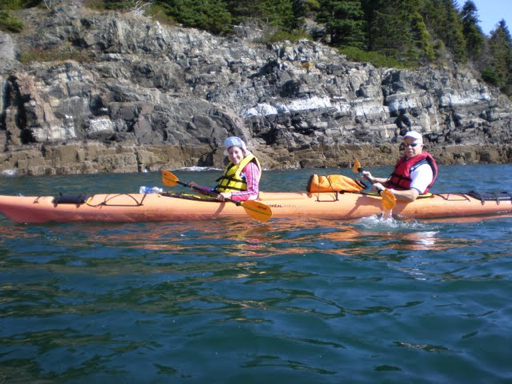 There is a sand bar in the harbor that is exposed at low tide, so we had to go around it. At low tide people walk across the sand bar to a nearby island, and sometimes even drive their cars. And yes, of course occasionally they don't pay attention and get stuck on the island until the tide goes out again.

We also ate at some wonderful restaurants. Once again Trip Advisor and Chow Hound served me very well. The first night we ate at Town Hill Bistro. Located about 15 minutes outside Bar Harbor in the little town of Town Hill, this cozy restaurant had delicious food. I had potato gnocchi and Lee had a lobster stew. They were both wonderful. The next night we ate at a restaurant called Red Sky. It was also located in a small town called Southwest Harbor. This was kind of an interesting place since it catered more to sailors and small cruisers. Red Sky was also very good. This time I had the lobster risotto and Lee had the halibut, which was just melt in your mouth good.

The last night we ate in Bar Harbor at a restaurant called Cafe This Way. By this point I was feeling permanently stuffed. I thought I would just get something light but the waiter talked me into a wonderful lamb dish. Except for hardly being able to move afterwards, I was in heaven.

Now here we are back home once again. My mother is visiting, and Lee has one more week at home before he returns to Malaysia. I will miss hi;, it's been great having him home. By the time he gets back it will be time to head to Minneapolis for Thanksgiving. But I have plenty of activities, including the Marine Corp Marathon in DC, to keep me busy, and Harper to keep me company. We'll be fine. 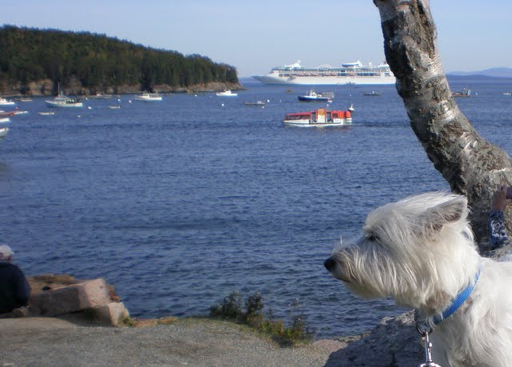 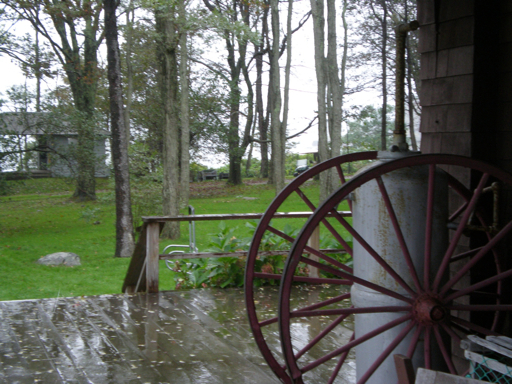 Five years ago the group of ladies from Texas that I am friends with got together on this island, in this beautiful old house. Back then our friendship was still relatively new. And it was somewhat exotic too, since the friendship had formed over the Internet, as an offshoot of a parent's listserve from the college where Daniel attended his freshman year.
We first got to know each other by chatting about everything you can imagine, usually in emails and instant messaging, more rarely in occasional lunches and visits. We lived far away from each other for the most part, yet in some ways we had gotten to know each other very well. We struggled at times, since we were all very different in some ways, and the nuances of communication sometimes were lost in print.
We had a great time visiting each other 5 years ago, and when the generous woman whose family owned this house suggested doing it again 5 years later, we all gladly agreed. 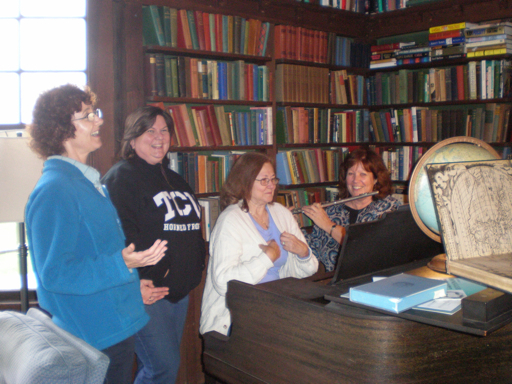 But a lot can happen in 5 years. People move on with their lives. Illness has stricken several of our members, or their husbands, making it difficult for them to travel. One member died from breast cancer last year. We are fewer in number on the island than we would have hoped, but still, here we are. 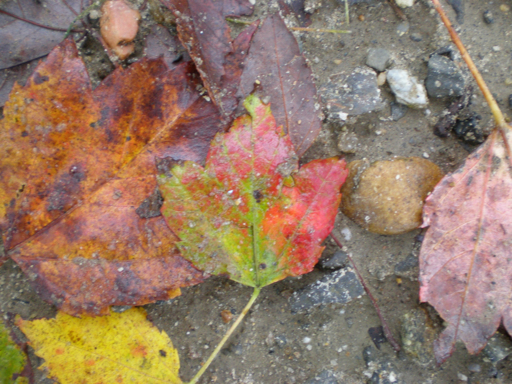 Our visit was planned for the first week in October this time, and we hoped that the leaves would be changing so that the ladies that came here from Texas would get to see them. But, it's been a very strange fall here in New England. It's been warm, and wet, and everything is still green. In fact yesterday, our first full day on the island, it rained cats and dogs. Some hurricane swirling off in the Atlantic dumped incredible amounts of water on Cushings Island.
It's hard not to compare this visit with our previous one. We are less silly, and more comfortable with each other this time. We are less excited, but more content. We have fought our battles, settled our disagreements, laughed together, and cried together. We are friends. 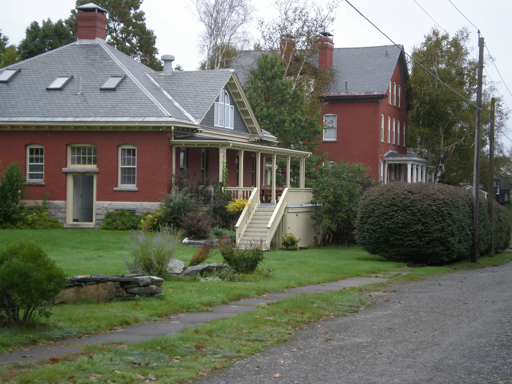 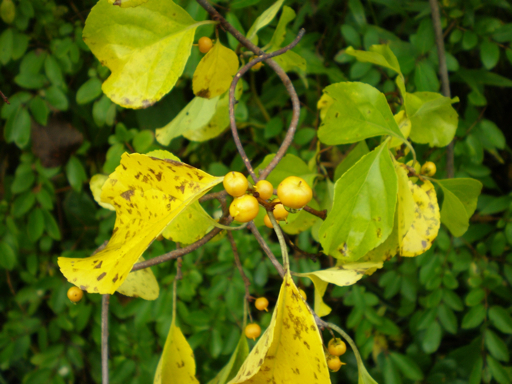 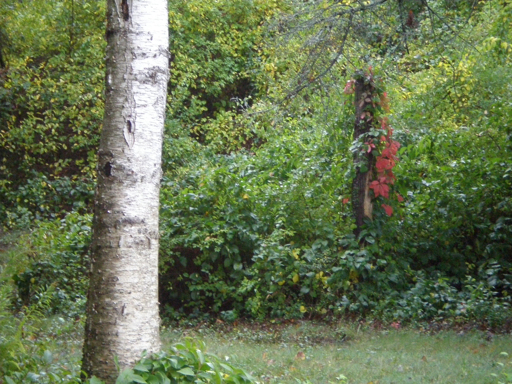 This morning the rain stopped, but it was still cloudy, and very wet. I went for a walk on the island, taking pictures of the old houses, and the bits of fall color here and there. It was beautiful and I was feeling both happy and a little melancholy too. As I walked along, taking pictures of berries, rocks and lighthouses, the sun started to come out from behind the clouds. Beautiful light bathed the island. We took pictures of each other, smiling together, and put rocks into a wall for the members that couldn't be with us this time. 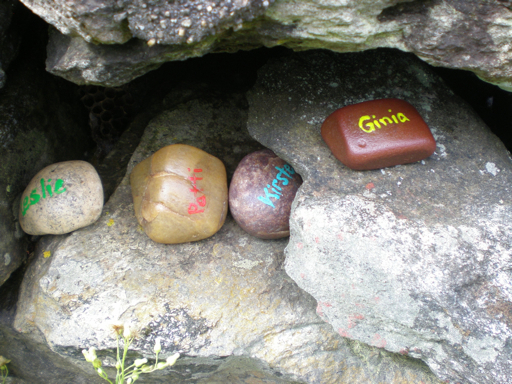 Will we meet again 5 years from now? Will we meet here in Maine, or somewhere else? What will have changed in our lives by then? Most of our children have graduated from college. Some have married, and some have even started having babies.
As the sun begins to set on the island I'm sending out good wishes and hopes for the coming year. It's the beginning of the Jewish New Year, so that seems pretty appropriate to me. May we all have a good year, may all our children and families be healthy and happy, and may we continue to enjoy each other's company, where-ever we may be. 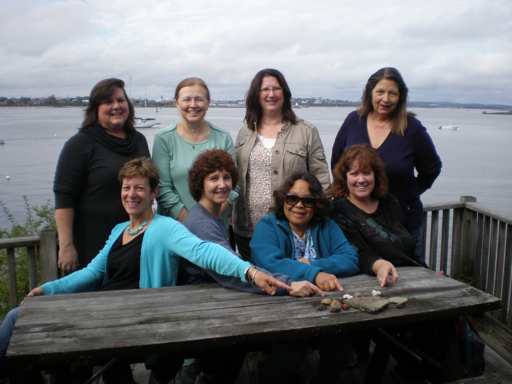 To read about our visit to Cushing's Island 5 years ago click here.
Posted by Lynn Nill at 8:03 PM 3 comments: