Here I sit in another service apartment, almost 8 months after we returned to the US from Hong Kong. This apartment is even more temporary for me than the last one (although Lee has been living in it for almost 2 months). In two days we close on our house in New Hampshire; in three days we start moving in.

I’m going to change the title of this blog. I don’t know WHAT I’m changing it to yet, however! But I’d rather just change the title than start an entirely new blog. This transition, from one place to another, and yet another, has gotten fairly tiresome in the past year. I’m ready to settle down in one place for awhile, make a house into a home, plant a garden, and get a dog and a cat.

But in the meantime I feel like I owe Austin more than just a fleeting “seeya!” before I plunge headlong into the end of a New England fall and straight into a snow bank! Austin has been part of my life in one fashion or another for almost 30 years. My sister and her husband moved here in the early eighties so that he could go to engineering school at UT. I know I visited them in Austin before I had Sarah, but a lot of those visits are kind of jumbled up in my mind. I remember a student apartment that must have been somewhere close to UT. I remember their very-long-lived cat, Otis. I remember going to 6th street and wandering in and out of various bars, listening to the music change and trying not to get lost in the crowds. I remember going to Amy’s Ice Cream, when “smushing” mix-ins into ice creams was a new and delicious idea.  I remember going to Las Manitas for breakfast, somewhere way out in the country for a family-style meal, Central Market for groceries.

Then we both had children and I started taking turns with each child. One year Sarah would come with me, the next year it would be Daniel. One time Sarah and I had to run through the Dallas airport to make our connection (this must have been pre-Sky Train!). I had her grasped like a football under my arm, a fellow passenger had me by the hand, and we FLEW through that airport, all the time Sarah quietly insisting “put me down, Mama, I can walk!” I didn’t even bother to argue with her. We made that plane, too!

Then my sister and her husband moved out to Pflugerville in the late 80’s. I got a whole different perspective on Austin. There were highways springing up all over the place, and the traffic was terrible. Suburban Austin didn’t have near the charm of the older parts of the city, but I think part of the problem was that this one visit I came in October. The weather was hot and miserable, and the baby Jessica saga was on TV (remember the child that fell down the well? That happened in Texas). Every other time, I came in the spring, which is when Texas is at its very best.

In the early 90’s my sister moved to the neighborhood near 35th Street and Jefferson. It was a beautiful neighborhood. Her kids went to Briker Woods Elementary School. We went for walks on Schoal Creek, went shopping at the Arboretum, and visited the State Capitol.

Until the mid-90’s my memories of Austin are all happy ones. I don’t want to get into it here, but the late 90’s were not a happy time for my sister and her family. I have very sad and horrible memories of this time. Although it is not fair to somehow blame Austin for my sister’s problems, it’s only too true that my perception of this city is forever altered by the events that took place back then. So, when we found out that we would be moving here, my feelings were inevitably mixed. I was happy, because it was the start of a new chapter in our lives, one that we hoped would lead to new challenges for Lee and new adventures for the both of us. But I was worried as well, because of the unhappy events that had occurred here. Eventually the opportunities for Lee and the adventures for me all came to pass. We lived in Austin for almost 2 years before we moved to Hong Kong, and Hong Kong never would have been possible if we had not moved to Austin first.

During this period of time our house was burglarized. This experience left me shaken. I learned once again that my judgment was sometimes flawed and someone close to me was not trustworthy. It left a lasting feeling of being unsafe in my own home that lingered even after we returned to Austin from Hong Kong.

When it’s all said and done, am I glad I lived in Austin, Texas for a time? I have to say ultimately – yes. Texas and I may have never meshed all that well, but that’s okay. Austin is part of who I am, and it seems like it was necessary for me to live there to complete a portion of my life. I’m glad I lived there and I’m glad to be moving on. I’m not sure what I’m going to do when I get a craving for Tex-Mex though… 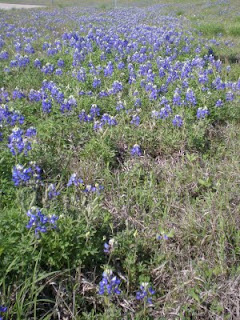