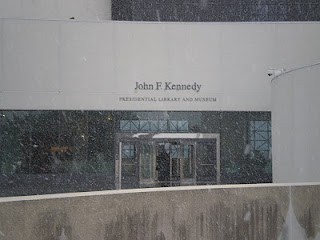 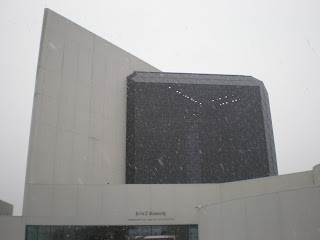 Last Thursday after my Nabokov class I took a short journey on the "Redline" to the John F Kennedy Library, near the University of Massachusetts Boston campus. I'd been to the LBJ Library in Austin, so I was curious to see what this library was like.

Since the primary purpose of a Presidential Library is scholarly research, sometimes the portion that is open to the public seems almost like an after-thought. But the museum portion of the Kennedy library was very well done.


To begin with, the building is beautiful! You can see that the entrance was elegant and inviting. The museum is constructed like a journey, with sections on his family and his early years, the campaign, the White House, the assassination and finally his legacy leading from one to another.

There were very few people there since I went on a weekday. There were a few tourists like me, and a small Japanese tour group, acting like Japanese tourists do everywhere they go, taking hundreds of pictures of themselves in front of every conceivable artifact.

But for me the best part was at the very end. As one leaves the museum, one is led into a large room. The walls are all glass and girders. You are standing in a huge airy empty space, with the sea on three sides, a quote from his inaugural address on one wall and a magnificent American Flag hanging from the ceiling. The room was peaceful and calming. 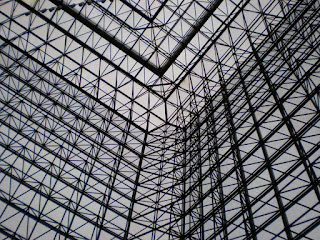 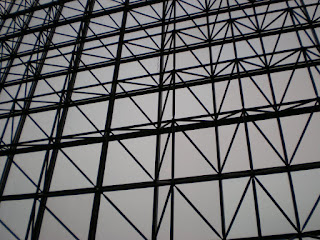 The Pavilion's glass walls and ceiling gave the room a sense of airy openness. 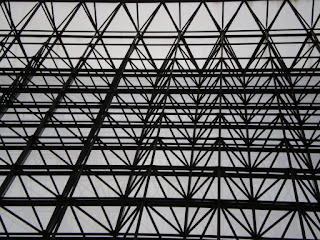 Outside the beginnings of a snowstorm made the grey sea blend into the sky. 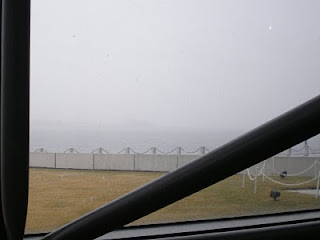 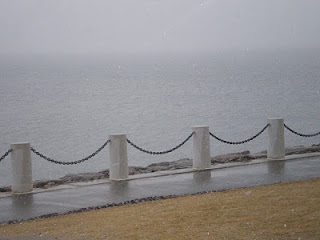 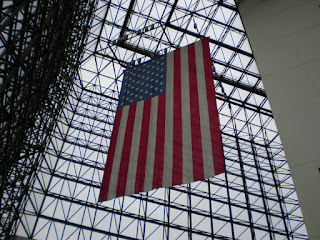 The American Flag hanging in the center of the room was heartbreakingly beautiful. 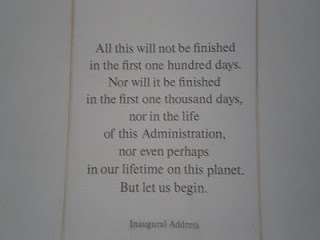