I’m really using our Thanksgiving trip to Columbia this year as an excuse to try something a little bit different in my blog. Most of the time I am a story-driven blogger. My writing drives my blog. I don’t always use pictures in a blog post, and if I do, the pictures are there to illustrate the writing. I’ve never tried a post where the pictures drive the story and the writing is just there to elaborate on what the pictures already describe, but that’s what I’m going to do.

This first series of pictures was taken at Shakespeare’s Pizza, the night before Thanksgiving. I’ve written about Shakespeare’s before (click here to read that post). It’s the best pizza place in the universe as far as we are concerned. Apparently at least half of Columbia also thought it would be a great idea to go to Shakespeare’s that night. The wait for our pizza was an hour and a half! By standing there being indecisive for fifteen minutes we made the wait even longer. But eventually we claimed our table and started our wait.

The first picture features Blake, my fifteen year old nephew, hamming it up in a picture that was intended to be of Lee wearing his napkin prominently.  The second picture shows Blake again, in his gansta imitation mode, with his mother Mary, Lee’s sister. The final picture shows Sarah and Elsa (Blake’s sister). Sarah and Elsa just look normal, if slightly hungry. 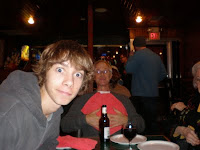 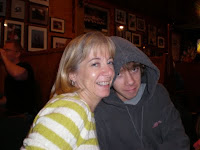 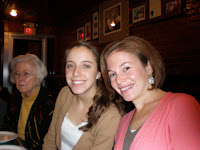 The next set of pictures shows a series of very beautiful pies, taken on Thanksgiving Day. I’m not a cook, but I do make great pie crusts, and Mary wanted me to instruct her in the art of pie-crust making. I was not to actually MAKE the pies, just give direction, which is harder than you might think! Mary did very, very well however and I think everyone was pleased with the results. The first picture shows the three pies we had for Thanksgiving. Mary made the pumpkin and cherry; Joanne, my mother-in-law, made the pecan pie (without any assistance from me). The second picture shows a close-up of the cherry pie. Sarah and I took over the making of the lattice crust; it was just too much fun for us to resist. The third picture is a close-up of the pumpkin pie. 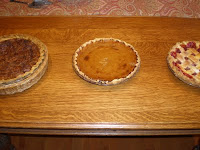 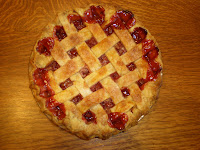 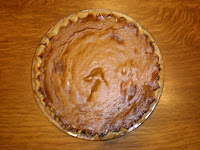 The next picture is my frustrated attempt to get a nice portrait of Sarah and Lee. Sarah is as photogenic as all get out. Lee CAN photograph very nicely, but for some reason he was smiling like Calvin that day. It took several tries to get a halfway decent picture of the two of them. “Smile!” “Smile NORMALLY!” “Now you’re not smiling at all!” Sigh. 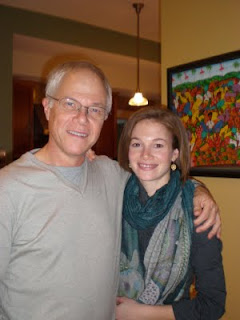 On we go to the day after Thanksgiving. In Lee’s family this day is usually devoted to making Lep Cookies. We only made a ½ recipe this year, so we only made about 250 cookies. The full recipe makes 400-500. It still makes for an impressive sight. So these pictures show the table full of cookies, with Elsa and I admiring the cookies and one snapshot of me when it was my turn to roll out the dough. It takes a group of people mixing, rolling, watching the oven and removing cookies from the cookie sheets. I can’t imagine doing this alone! 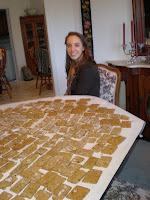 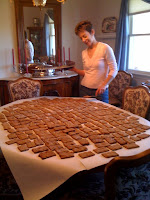 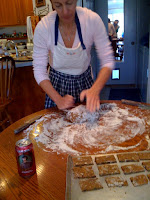 The last picture heads us into the Christmas season I guess. Sarah and I both have J Crew coats. Hers is red and mine is white. Joanne had just knitted Elsa a red and white striped scarf that went beautifully with the coats. Sarah kiddingly suggested that we take our pictures together with the scarf wrapped around us both. She should have known better than to make a suggestion like that to her mother! I jumped at the chance provided by this unique opportunity and Sarah smiled gamely while questioning how much damage this picture would do to her coolness factor once it becomes my Facebook profile pic! 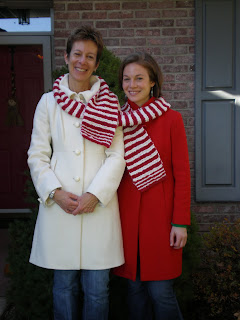